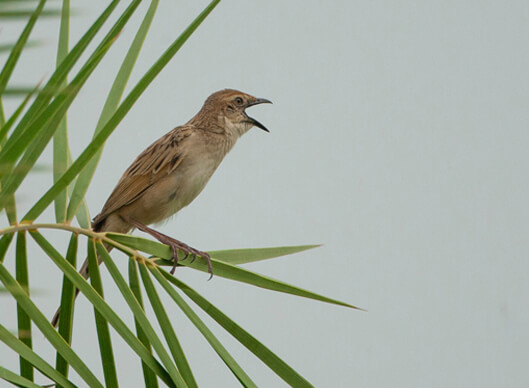 Our Rajasthan and Kashmir Birding Tour is themed around the monsoon. Every year, the summer rains cool off the sun-scorched landscape and bring out a fascinating variety of avifauna in the western state of Rajasthan and the northern region of Jammu and Kashmir. At first glance, a traveller on India birding holiday More Info

Our Rajasthan and Kashmir Birding Tour is themed around the monsoon. Every year, the summer rains cool off the sun-scorched landscape and bring out a fascinating variety of avifauna in the western state of Rajasthan and the northern region of Jammu and Kashmir.

At first glance, a traveller on India birding holiday finds little that is common between these two geographically and culturally distinct parts of India. Rajasthan, being mostly desert and arid scrubland, gets very hot in summer, but the monsoon rains provide an excellent weather window to explore the state’s bird habitats for some rare and splendid sightings.

The weather in Kashmir, on the other hand, is quite pleasant in summer and a welcome respite from the harsh Himalayan winter. Several avian beauties, which usually remain elusive, show up around the monsoon, making it the perfect time to do birding in Kashmir.

We at INDIA BIRDING TOURS have combined these two birdwatching destinations of India in a single guided tour to let you appreciate a wide variety of bird species particular to these regions.

Keeping India’s capital Delhi as the tour’s hub, we first cover Rajasthan and then Kashmir.

In Rajasthan, we explore the Sonkhaliya grasslands close to the city of Ajmer. This bird habitat is the best bet to see the Lesser Florican and the Great Indian Bustard, apart from an interesting range of species such as Rock Bush, Rain Quails, and Painted Francolin.

Two full days of birding in Rajasthan sets you up for what follows: a surprise.

Delhi is rarely touted as a birding destination, but it has in its vicinity two bird sanctuaries worth visiting: Sultanpur National Park and Surajpur Bird Sanctuary. That’s what we do on our return to the national capital. We tick off some gorgeous North Indian birds on our daylong Delhi birding tour.

Thereafter, we fly to Srinagar in Kashmir for the third and final leg of our India Monsoon birding trip. Srinagar and the nearby areas such Dachigam, Gulmarg and Sonmarg host a wide variety of bird species, including Yellow-billed Blue Magpie, Blue Whistling Thrush, White-capped Redstart, and a lot many.

The entire monsoon birding tour of Rajasthan and Kashmir lasts ten days, with many days of birding from morning to evening. Apart from birdwatching, you may even take out time to visit some tourist hotspots nearby. Our itinerary is designed to put no more than two full days of birding back to back, so that you get the time out to relax, refresh and recharge for the next leg of the monsoon birding adventure.

Lodging: Be assured of comfortable and quality accommodation on our Rajasthan and Kashmir birding trip. Throughout the trip we stay close to urban centres and put you up in hotels or resorts. We are linked to a number of players in the hospitality industry and have the wherewithal to get bookings at short notice, even in the peak holiday season. For someone travelling on a budget, we may even have the option of cheaper lodgings, wherever available, provided we are informed in advance.

Trip Difficulty Level: Grade One Rajasthan birding tour is easy on your legs. The terrain is mostly flat, but you still have to walk long distances in the field on birding days. We expect you to be physically fit enough to put in the legwork, and also carry along your birding equipment, such as binoculars, cameras, field guides and backpacks. Kashmir birding tour is relatively more difficult. The terrain is mountainous and there are stretches where you may have to slog uphill in search of birds. You should be up to these small challenges. We recommend that you do routine workouts and walks to prepare for this birding trip.

Tour Extension: Given the cultural richness of Rajasthan and Kashmir, we are prepared to provide tour extensions to the birders who want to elongate their India birding adventure by a few days. The options in Rajasthan are plenty, but the ones most preferred are the visit to the Taj Mahal in the neighbouring state of Uttar Pradesh, or a Tiger Safari at Ranthambore National Park. Similarly, Kashmir, known for its scenic beauty, has a number of tourist hotspots you may want to visit. To avail tour extensions, please inform us in advance so that necessary arrangements can be made.

Climate: Monsoon is the time of pleasant weather in Rajasthan. Overcast skies and rainy, humid conditions are normal around this time of year. Do carry a quality raincoat and water-resistant/proof footwear. Usual summer clothes are well suited to this kind weather. In Kashmir, the early mornings and late evenings may have a cold nip in the air. You may need light woollens for these times of day, but summer clothing will do fine for birding excursions.

India’s national capital Delhi is the centre of our Monsoon Birding Trip. You arrive in Delhi via flight. Our tour guide picks you up at the airport and drives you to a pre-booked hotel. Overnight at the hotel.

After an early breakfast, we head toward the city of Ajmer in Rajasthan, located about 400 km southwest of Delhi. It is a long drive in a cab and takes up to 6 to 7 hours on the highway. The good part is that the road cuts through small towns and villages and reveals to you the rural parts of India. We lunch midway at a quality restaurant or a dhaba (in case you want to try out the local delicacies). We arrive in Ajmer by evening and check into a hotel. You may relax and lounge around in the hotel or go for a stroll in Ajmer, which is home to a famous dargah that attracts devotees of all religions. Overnight at the hotel.

Early in the morning, we drive from Ajmer to Sonkhaliya grasslands about 40 km away. The drive takes about an hour and we arrive in time for a busy session of morning birding.

Until a few years ago, Sonkhaliya was a little-known small village, but it has over time emerged as a birding hotspot because of its main avian attraction: the Lesser Florican. Seasoned birders tread these grounds for a view of this endangered beauty and also of the Great Indian Bustard, the state bird of Rajasthan. The period from mid-July to early August is the best time to see these birds because the crops in the field aren’t high enough to conceal them and the weather is just fine for them to wander about.

After daylong birding at Sonkhaliya grasslands, we return to Ajmer in the evening for overnight at the hotel.

Sonkhaliya grasslands so abound with birds that they deserve one more day of exploring. Like the previous day, we leave Ajmer for Sonkhaliya in the morning and do birding the whole day with lunch and rest breaks in between. However, we explore newer sights for the Lesser Florican and Great Indian Bustard and tick off in our checklist a lot of aforementioned avian species as well. In the evening, we drive back to Ajmer for rest and overnight at the hotel.

We have an early breakfast and hit the highway from Ajmer to Delhi. It is a long drive and we lunch mid-way. As we approach Delhi, we do a brief stopover at Sultanpur Bird Sanctuary. Located in the state of Haryana, this bird sanctuary hosts a wonderful variety of North Indian birds, and is worth a short and quick birding tour, after which we drive on to our hotel in Delhi for dinner and overnight.

Surajpur Bird Sanctuary is located around the Yamuna river basin close to Delhi-Noida border, not more than an hour’s drive from our hotel. We do daylong birding in this sanctuary to see the other big highlight of our Monsoon birding expedition: Bristled Grassbird.

We drive back to our hotel in the evening for dinner and overnight.

On this day, we move to the third leg of our Monsoon birding tour. In the morning, we fly from Delhi to Kashmir’s capital Srinagar in the foothills of the Himalayas. The beautiful mountainous terrain is rejuvenating and we make the most of our time by going out on a half-day birding trip around Srinagar. We explore the forest area near the Shankaracharya Temple. You will be surprised to find the number of bird species that frequent these woods so close to Srinagar. The evening is reserved for rest and relaxation, but you may go out for a stroll in the local market. The people, despite the news we hear about Kashmir, are actually very friendly. Overnight at the hotel.

Dachigam National Park is located just 22 km from Srinagar. We drive there after breakfast for a full day of birding. What makes Dachigam a good biodiversity hotspot is the altitude variation throughout the park. The altitude here ranges from 1700 meters to 4300 meters, splitting the park into the Upper and Lower sectors. The terrain composes of forests, sloping grasslands, meadows, rocky outcrops and deep gorges. We stick mostly to the areas known to yield best bird sightings in Dachigam.

In the evening, we drive back to Srinagar for overnight.

Gulmarg is a holiday destination famous for its ski resorts and snowy peaks. Not many know it as a birding destination. After breakfast, we drive about 56 km to Gulmarg to see birds such as Spot-winged tit, Coal tit, Rufous-naped tit, Fire-capped tit, Himalayan Woodpecker, Brown fronted Woodpecker, Tytler’s leaf warbler, and Kashmir Nutcracker.

After a rewarding day of birding at Gulmarg, we return to Srinagar for dinner and overnight.

In the morning, we drop you at Srinagar airport for a flight to Delhi. The India monsoon birding trip ends. 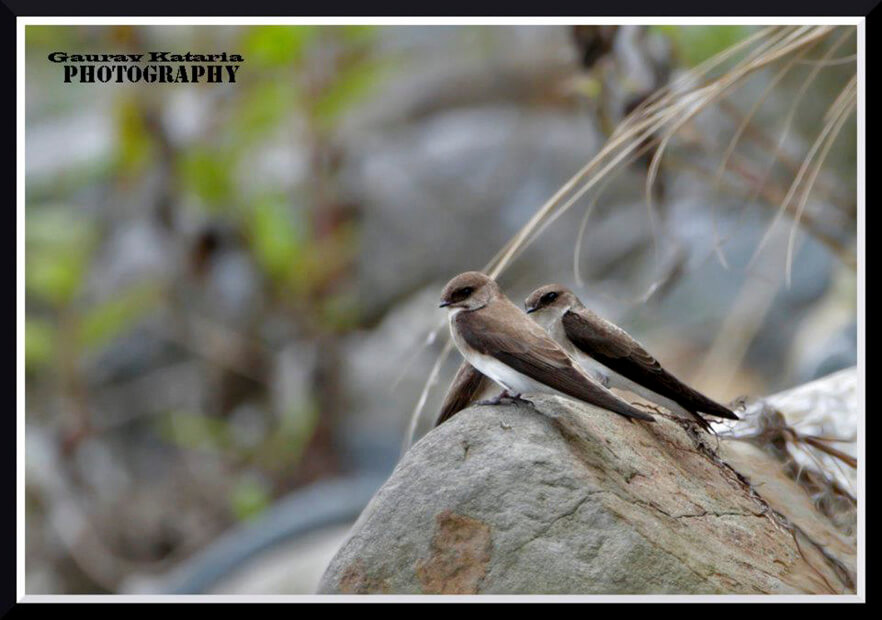 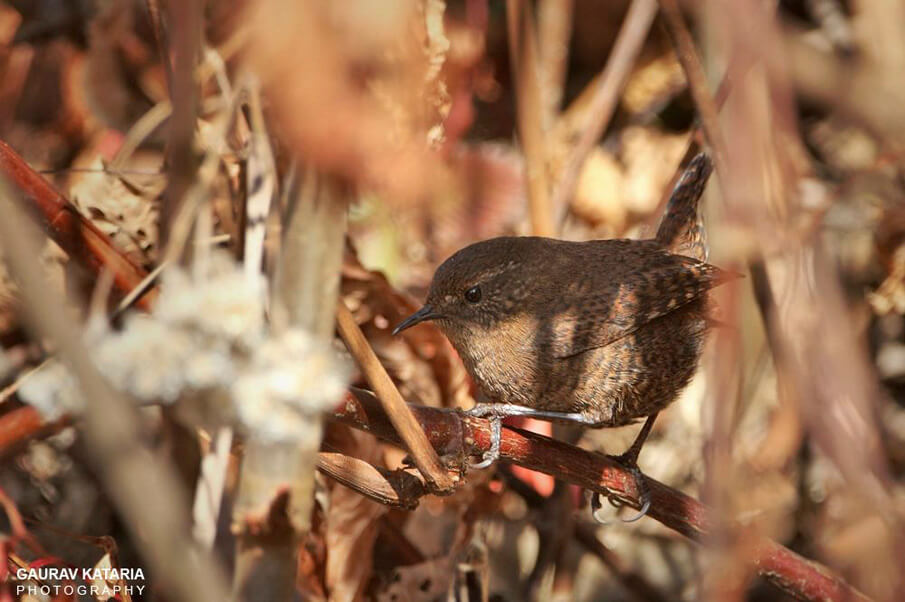 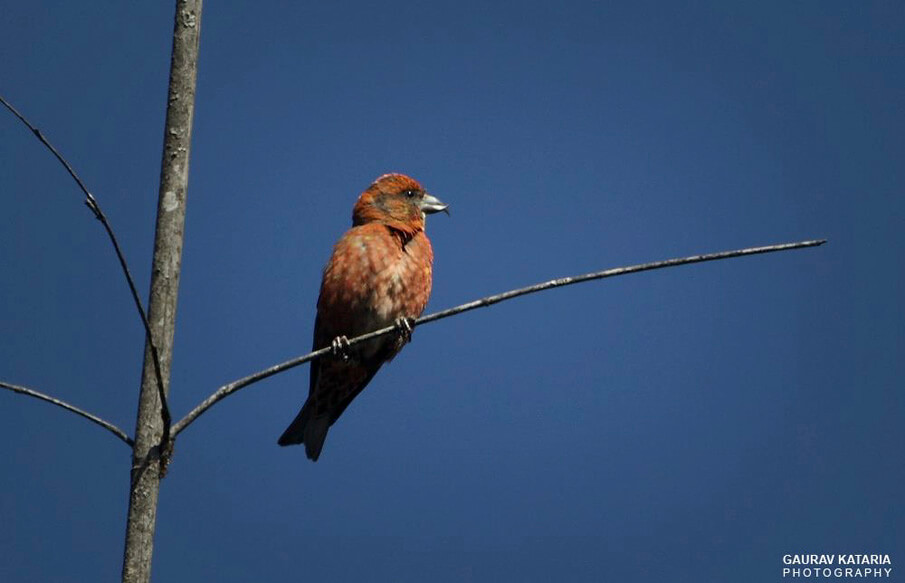