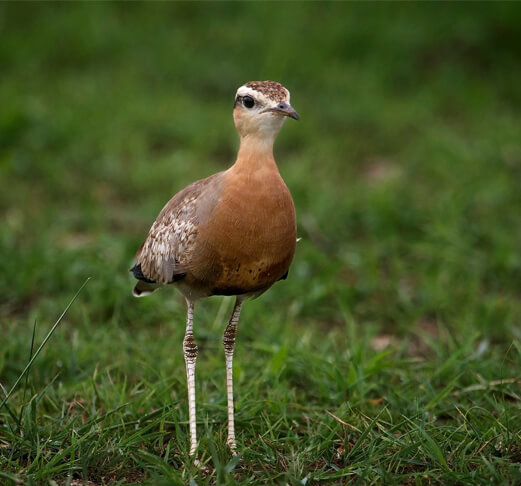 Two of the top birdwatching hotspots of Rajasthan are the targets of our Bharatpur-Chambal Short Birding Tours. The western state of Rajasthan is an important pit-stop for several species of migratory waterfowl that fly in from colder, northern latitudes of Asia every winter season. These aquatic beauties congregate in large numbers, More Info

Two of the top birdwatching hotspots of Rajasthan are the targets of our Bharatpur-Chambal Short Birding Tours.

The western state of Rajasthan is an important pit-stop for several species of migratory waterfowl that fly in from colder, northern latitudes of Asia every winter season. These aquatic beauties congregate in large numbers, especially at the wetlands of Bharatpur and the river Chambal of Dholpur. Our Short Birding Tours of Rajasthan takes you to these very hotspots for spectacular sights of several avian specialties, both migratory and resident.

Keoladeo National Park in Bharatpur is a UNESCO World Heritage Site and a favourite haunt of birdwatchers from the world over. Around 400 species of birds can be spotted in the grasslands, woodlands, marshes and wetlands here. A good day of birdwatching at Keoladeo National Park can yield 100 to 150 species sightings. And we scour the birding trails here for two-and-a-half days. You can do the math.

So much birdwatching in just five days could be a stretch, but our Bharatpur-Chambal Short Birding Trip is designed to pack in lots of sightings without tiring you out. The birding lodges and resorts we stay at are just a stone’s throw away from the sanctuaries. Early morning commute from Dholpur to Bharatpur ensures not a day is wasted on this tour. Best of all, we at INDIA BIRDING TOURS draw from our experience and pick the best birding trails of Bharatpur and Dholpur to let you make the most of your short Rajasthan birding holiday.

Lodging: We have excellent accommodation for you on this trip. In Bharatpur, the Birders’ Inn resort is located just a stroll away from Keoladeo National Park and has spacious rooms overlooking a garden where you can always catch sight of some interesting birds. Likewise, the lodge in Dholpur adds to the immersive experience of birdwatching in Rajasthan. Both accommodations have all basic amenities and quality service.

Meals: Rajasthani food is known for spicy flavours that tickle your tongue rather than blow out smoke from your ears. The Birder’s Inn we stay at has a restaurant and grill to pander to your taste buds. Whether you want to tuck into Indian food or continental, veg or meat-based, there’s always something on the menu to please your belly. Lunches are usually picnic in the field, while dinners are buffets cooked by experts who know their art well.

Tour Difficulty: Birding in Rajasthan puts no great demand on your body or mind. The terrain is mostly flat, the birding sites are accessible by motorable road, and there are no long drives to give the motion-sick a churn in the tummy. Having said that, there’s also no escaping the long birding walks you may have to do in the sanctuaries, sometimes in forests, grasslands and even marshy areas. You should be equal to this challenge.

Tour Extension: There’s nothing like a bit of holiday fun while vacationing in Rajasthan. A tour of the Taj Mahal in the neighbouring Uttar Pradesh is sure to please the aesthete in you. Or if you want a top-up of wildlife adventure, we can punch in a few tiger safaris at Ranthambore National Park. Whatever tour extension you want, let us know well in advance. And beware that a bit extra may end up whetting your desire for more.

Climate: Rajasthan is hot in summers, but the winter and early spring months from October to April are very pleasant for outdoor excursions. These are the months to do our birding tours of Rajasthan. Winter mornings and nights can be chilly. From a birding perspective, winter season is the time to watch the migratory birds flying in from higher latitudes. Do carry appropriate clothing for whatever time you choose to do Rajasthan birding tours.

Getting There: Since our Short Birding Tours of Chambal and Keoladeo begins in Delhi, there should be no problem for the birders flying in from abroad or coming from other states of India. A smooth cab ride of 300 km takes us from Delhi to Dholpur in Rajasthan. From Dholpur to Bharatpur is a relatively short ride of just 2 hours. So, commuting throughout this tour is easy and comfy.

India’s National capital Delhi is where our Short Birding Tours of Rajasthan takes off. Our representative meets you at the airport or a chosen place in New Delhi and then drives you to Dholpur in Rajasthan. It is a 5-hour drive on a smooth highway and we should arrive at National Chambal Sanctuary of Dholpur in the afternoon around lunch time. We check into a lodge and after a short break for rest and lunch, we step out to look for birds.

National Chambal Sanctuary is home to an interesting variety of wildlife such as Gharials, Marsh Crocodiles, Gangetic Dolphins, Striped Hyenas and Wolves. But our focus is on the 250 species of resident and migratory birds that the sanctuary hosts. For the remaining half of the day, we explore the birding trails of Chambal to look for a whole range of aquatic birds, raptors, grassland and forest birds.

In the evening, we return to our lodge for dinner and overnight.

The Chambal river originates in the Vindhya mountains of Madhya Pradesh in central India, from where it flows first in the north-westerly direction into Rajasthan and then towards southeast into Uttar Pradesh. Though the river’s course through Rajasthan isn’t long, its passage through Dholpur attracts a lot of avian species, and it’s this birding area of Chambal National Park we target. The most sought-after bird here is the Indian Skimmer, but there are a lot of other winged beauties to watch and photograph.

At the day’s end, we return to our lodge for dinner and overnight.

After an early breakfast, we hit the road to our next Rajasthan birding hotspot, the town of Bharatpur, which is home to Keoladeo National Park, previously known as Bharatpur Bird Sanctuary. The drive takes 2 hours and we arrive at the bird sanctuary in time to devote the whole day to birdwatching.

Upon our arrival in Bharatpur, we check into a resort and go birdwatching at Keoladeo National Park. We return in the evening for dinner and overnight.

Keoladeo covers an area of 29 square kilometres and has several birding trails worth exploring. After breakfast, we head out for another birding tour of Keoladeo National Park, but this time we cover different areas to seek out newer avian specialties. We target wetlands, grasslands and forests.

In the evening, we return to our resort for dinner and overnight.

We squeeze in another birding excursion at Keoladeo early in the morning to see the missing birds in the checklist. After that we pack up and drive for 4 hours to Delhi. We drop you at the airport or any other location of your choice. The Short Birding Tours of Chambal and Bharatpur comes to an end. 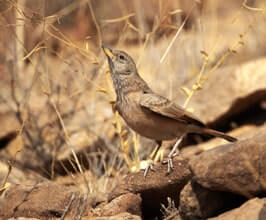 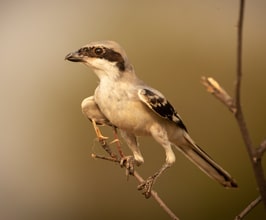 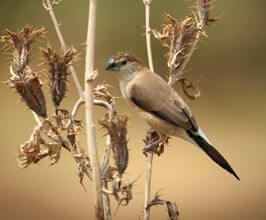 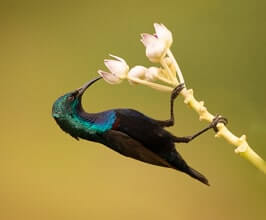 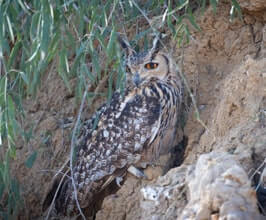