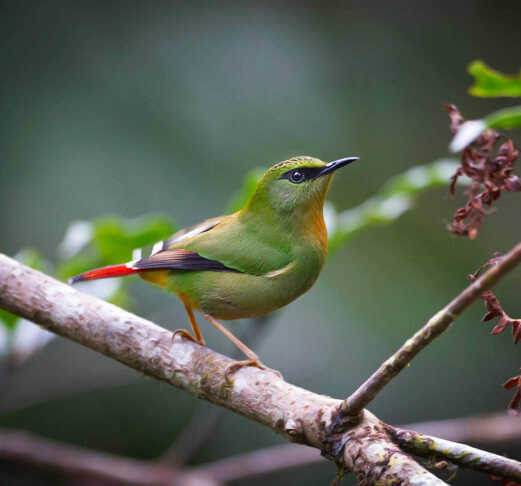 Our Mandala-Sela Pass Short Birding Tours is designed exclusively to give you the adventure of high-altitude birding in the Himalayas. Mandala at 3000 meters and Sela Pass at 4160 meters are two special birding hotspots of Arunachal Pradesh where one may see rare and exotic Himalayan birds More Info

Our Mandala-Sela Pass Short Birding Tours is designed exclusively to give you the adventure of high-altitude birding in the Himalayas.

Mandala at 3000 meters and Sela Pass at 4160 meters are two special birding hotspots of Arunachal Pradesh where one may see rare and exotic Himalayan birds that are usually hard to come by elsewhere. Mandala lies in the thick of the dense Mandala Phudung forest region, which, together with the nearby forests of Shergaon and Kalaktang, forms one of the Important Birding Areas of Arunachal Pradesh in the Northeast India.

Our five-day birding tour of Mandala and Sela passes covers the high-altitude region of western Arunachal Pradesh thoroughly. Besides the sightings of rare birds, you also come across Himalayan wildlife such as Red Panda, Himalayan Serow, Arunachal Macaque and Flying Squirrels. And overnight stay in a birding lodge with stunning views of snow-capped peaks only goes to complete your high-altitude birding adventure of the Himalayas.

Lodging: Throughout the course of our Mandala-Sela Pass short birding adventure, we stay at Mandala Birding Lodge. The single-storey lodge is built on the edge of a mountain and affords great views of forested valley and snow-tipped Himalayas. It has four spacious rooms with attached toilets and comfortable beds. The service at the lodge is very basic. You’ll be provided with toilet paper, soap, towels, blankets and hot water buckets for bathing.

Meals: Meal options on this India Short Birding Tours in Arunachal are limited because of the remote location of Mandala birding lodge. Yet we ensure that both vegetarian and meat-based meals are on the menu to suit your taste. The food is made by experienced cooks and is both mouth-watering and hygienic. At times, we may start birding right after morning coffee or tea and have packed meals for breakfast. Lunches too are taken in the field.

Tour Difficulty: It goes without saying that birdwatching at the altitudes upwards of 3000 meters requires you to be physically and mentally fit to endure high-altitude conditions. Birding walks on this tour are done in a mountainous terrain, so you should be able to hike up and down the slopes while carrying your birdwatching equipment, such as binoculars, camera, and backpack. There are also two long 8-hour drives on the road in a comfortable cab.

Tour Extension: Sela Pass is a gateway to the Buddhist district of Tawang. The famous Tawang monastery draws a lot of tourists every year and a visit to it can be punched in as a tour extension if you wish so. Should you want to do more birdwatching, we can always add a birding tour of the Sangti Valley nearby. Whatever the tour extension you desire, do let us know well in advance so that we can make necessary arrangements.

Climate: Summer is pleasant in the higher altitudes of Arunachal Pradesh, but winter can be very cold. Temperature at Sela Pass and Mandala Pass can plummet down to -10 degrees Celsius in extreme chilly conditions. The spring season brings respite from the cold. The best time to do our short birdwatching tour of Sela and Mandala Pass is from October to May. Do carry woollens and jackets if you plan to tour in winter.

Getting There: Mandala and Sela Passes are accessible by road. Our tour begins in Guwahati. You may fly in directly to Guwahati from where our representative drives you to Mandala. Guests from abroad can either fly to Kolkata or Delhi and then take a flight or train to Guwahati. The city is connected to all major metropolises of India via flights and trains.

Our Short Birding Tours of Mandala and Sela Passes begins in Guwahati, the biggest city of Assam in Northeast India. Upon your arrival in Guwahati, our driver or representative meets you at the airport and then drives you to Mandala in Arunachal Pradesh.

It’s an 8-hour drive from the floodplains of the Brahmaputra river to the mountains of Arunachal Pradesh. The road cuts through a picturesque landscape of the lower Himalayas and our journey ends at Mandala Birding Lodge on the edge of a hill in the West Kameng district of Arunachal Pradesh. This area is in the thick of the Mandala Phudung forest region, which, together with the nearby forests of Shergaon and Kalaktang, forms one of the Important Birding Areas of Arunachal Pradesh, and is an excellent place to kick off our high-elevation India Short Birding Tours.

Upon our arrival in Mandala in the evening, we check into the lodge and call it a day. Since the lodge is located in a birding hotspot you may roam around to catch sight of some avian beauties. Dinner and overnight at Mandala lodge.

We have a very early start to the day. We wake up around 0330 hours, have a cup of tea or coffee, and then hit the road to Sela Pass. The road goes northwards to a place called Dirang and then makes an easterly turn to the Sela Pass, which, at the altitude of 4160 meters, is rightly called the gateway to the town of Tawang. We carry our packed breakfast that we eat on the way. The idea behind this early start is to reach the vicinity of Sela Pass around daybreak.

In the evening we drive back all the way down to Dirang and continue our journey southwards to Mandala. Dinner and overnight at Mandala lodge.

Mandala Top is turning out to be a tourist attraction because of its recently-built cluster of 108 small Buddhist temples. Besides, the elevation of 3000 meters gives Mandala Top the vantage viewpoint of the mighty Himalayan mountain range. From a birding perspective, Mandala Top is a great place to look for more high-altitude birds of Arunachal Pradesh.

At Mandala Top one may also see interesting wildlife such as Red Panda, Himalayan Serow, Arunachal Macaque and Flying Squirrels. We overnight at Mandala birding lodge on both days.

The final day of our Arunachal birdwatching adventure. We have an early breakfast and hit the road for a long journey from Mandala Top to Guwahati in Assam. The eight-hour drive winds through Shergaon and Phudung forests. We also make short stops to do some birdwatching along the route. We particularly target the lower forest regions and bamboo patches. We arrive in Guwahati by evening and drop you at the airport for your onward journey. The Mandala-Sela Pass birding adventure come to an end. 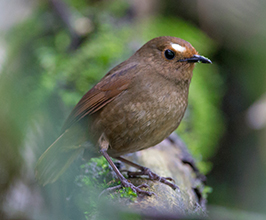 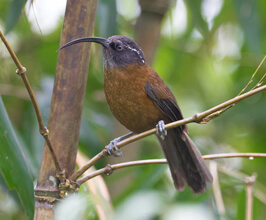 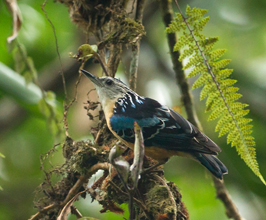 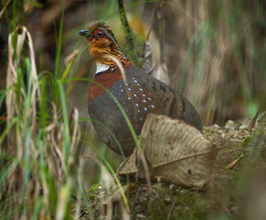 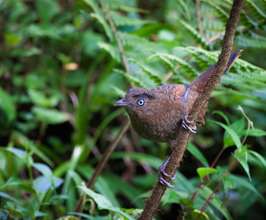 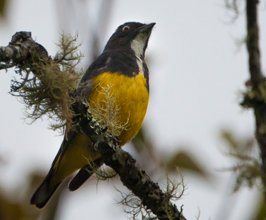 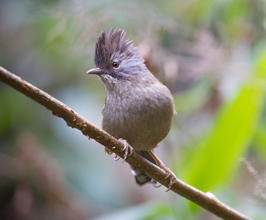 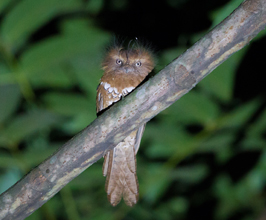 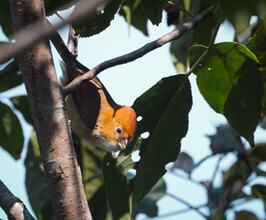 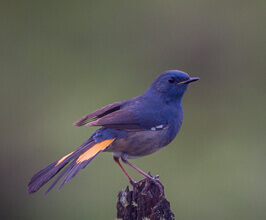 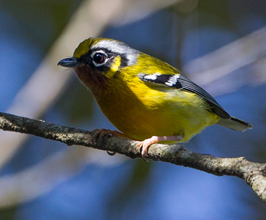 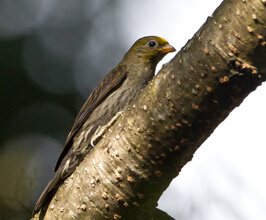 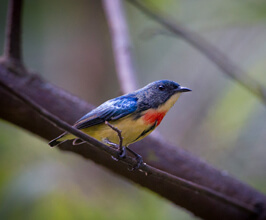 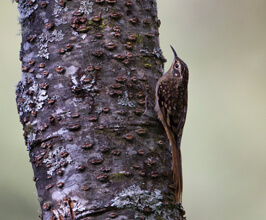 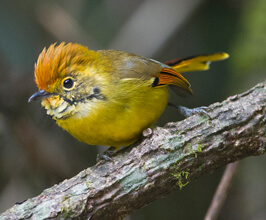 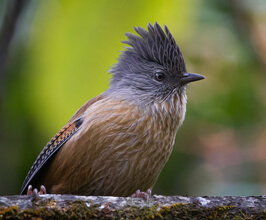 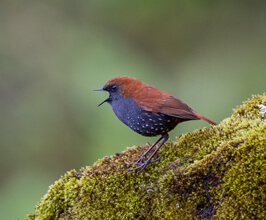 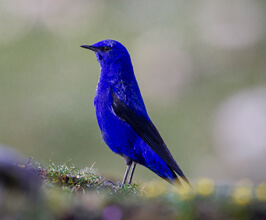 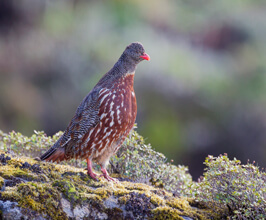 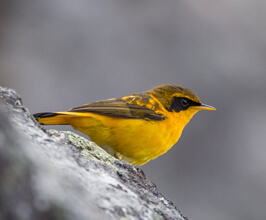